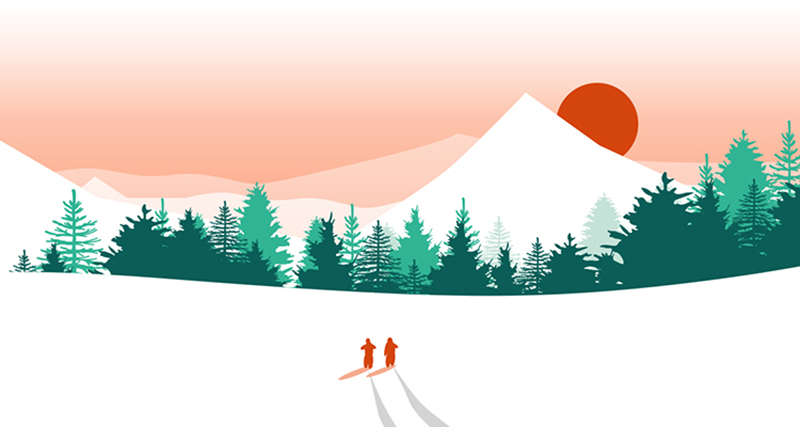 There are many important factors which contribute to a company’s overall business growth – a good value proposition, a strong leadership team, the right employees, a solid business plan, to name just a few.

Driven by globalization, today’s executives are always on the lookout for ways to penetrate new markets, beat the competition and achieve more than before. It’s the numbers that matter. Not the feelings.

In fact, they might even think that there’s no time for building a corporate culture – things like work/life balance, transparency, trust, engagement. If employees would just keep their noses to the grindstone and do whatever it takes to win the deal and meet the budget, then we would all win. Right?

Research shows that companies with engaged employees outperform those without by 202%!

It’s old school to believe that a company only needs a great strategy to achieve its growth goals. No matter how good a strategy is, it is nothing without enthusiastic and empowered employees around to support and execute it.

In fact, there is a big difference between what makes a great hire and one that is just OK. Just because a hire is good “on paper” doesn’t mean that he or she is the best fit.

You want those people who are always thinking about how they can do more, be better or help others around them. It is they who will help you fulfill your strategy.

When the famous management consultant, Peter Drucker, said “Culture eats strategy for breakfast”, he didn’t mean that strategy wasn’t important, but he was pointing out that culture plays a critical role in business performance.

Just by improving engagement, it’s been shown that a 5-point increase can be linked to a 3% bump in revenue.

The story of how culture saved our company

There’s a lot of research out there that talks about how important company culture is to profitability, but it’s still difficult to put a value on it. Corporate culture cannot be measured in hard numbers. It’s about feelings and emotions. So, how do you value that?

Let us share with you our own personal story and then you can decide for yourself how important company culture is to a company’s growth and performance.

The year was 2002. The world was in a recession and companies were going out of business left, right and center. And our company was not an exception. The recession caused us to go through one of the greatest struggles in our history.

It all started when the “dot com bubble” burst. It paralyzed the market and made companies across the world suffer.

At the time, we were already experiencing reduced growth and it was extremely difficult to deliver on our sales figures. Even though everyone in the company was working hard, the results didn’t come, no matter how hard we tried.

New deals were hard to come by. Morale was waning. Being listed on the Oslo Stock Exchange didn’t make things easier at the time either, because there was always this “pressing need” to show short-term improvements.

The pressure was on and a dark blanket of desperation hung in the air threatening to suffocate us.

Une Amundsen, our founding father, clearly saw that he and his management team needed to do something, and whatever it was – they had to do it fast.

The management realized that they had used all the tools in the box. They couldn’t just keep pushing people to work harder because many of them were already burning out. There had to be a new way to motivate people, to bring them together as one team, to make them all want to stand up and fight again.

Suffice it to say that Une Amundsen was a passionate man, a creative man. A man who was as big on ideas as he was in heart. A man who believed that as long as people were united, they would succeed.

The birth of the South Pole Expedition Challenge

Based on this belief, Une and his management team created the South Pole Expedition Challenge at the beginning of 2003.

Since it was the bleakest of times back then, the South Pole Expedition was a fitting metaphor describing the situation we were in. The defeat that the employees felt back then mirrored what it must have been like in the South Pole – blistering winds and freezing temperatures down to -60˚C in the winter, with no visible sunlight.

And just as Roald Amundsen, the famous Norwegian explorer, fought against all odds to be the first man to reach the South Pole in Antarctica, so were we fighting against hard economic times to come back as a profitable company.

Une knew that an idea was just an idea and wouldn’t work unless he could get everyone on board. And the only way to get everyone’s commitment was to travel around, present the idea, look everyone in the eye and get them to shake on it. And that’s exactly what he and Gisle (our CEO) did.

They visited every single subsidiary: Norway, Sweden, Denmark, Germany, Benelux, Switzerland and the UK. Each presentation started off with the cold, hard facts about the state of our business (no sugar coating needed) – the outlook was not good and that the journey to recovery would be a hard one.

The South Pole Expedition Challenge would be a significant part of this recovery plan, Une explained. And he needed everyone’s commitment if it was going to work.

What he showed was different than just your average sales competition. Ahead of his time, what Une did was to gamify the whole South Pole Expedition, virtually re-creating the trip on our intranet.

The goals and the rewards

The goal was to virtually reach the South Pole by December 2003.

Sales goals and milestones were broken down by outposts. Each person, each department and each subsidiary were given different tasks as to what to achieve every day and every month in order to reach a milestone. All these activities would be tracked and visualized so that everyone in the company could see the progress.

If the company reached its sales objectives, the participants of the competition would be rewarded with an actual trip to the Svalbard archipelago. Similarly cold and a part of Norway, Svalbard was chosen as the symbol of the Antarctic and would give the feeling of the South Pole.

In addition, there were also rewards along the way to keep people motivated and to recognize hard work. If sales teams across the company met their sales targets, they could qualify for a place in a trip to the island of Spitzbergen (the only permanently populated island of the Svalbard archipelago) or be nominated as the Hero of the Month by their colleagues.

When he was done with the presentation, Une asked the room point blank, “Are you onboard or not? If not, this is the time to jump off. I’m not going to lie to you. It won’t be easy. We will give you the tools and the support, but you still have to do the hard work.”

Just giving lip service and shaking your head in agreement to the plan wasn’t good enough. If you were truly committed to the journey and to the company, you had to sign an expedition contract – basically a gentleman’s agreement saying that you were all in.

In the spirit of a true expedition and to make the journey a shared experience, everyone got personal digital diaries where they could add and share their thoughts, experiences, frustrations and motivations.

The hope was that this diary could also one day form the basis of a book which would tell the story of SuperOffice and its South Pole expedition.

The power of unity

Needless to say, the turnaround operation was a success. The end results were well above the goals that the management team had set. In fact, the 2003 results were FOUR TIMES more than in the previously most successful year.

It was the power of unity. This challenge brought us together in ways that had never been seen before.

Everyone had clearly defined goals, the goals were regularly communicated and tracked on our intranet site. All subsidiaries could see who was doing well and who wasn’t. Recognition was given to the winners of each month. And if somebody was coming up short, everyone knew about it.

Everything was transparent. Everyone was in. And winning became a matter of survival.

During this journey, we also realized that in order to succeed, we had to work together and not against each other. No more internal bickering. No more silos. No more “me against them”. All of us were in this together.

And since then, we, as a company, have never turned back.

A different type of culture

The SuperOffice culture is still very special, as can be seen by the long tenure of many of our employees and customers. And those who do leave us always tell us later how they find that our culture is so different from other companies.

There is a sense of camaraderie here. A sense of family. We are a company where people matter.

Make no mistake – we are in the business of making business. But that doesn’t come at the expense of our people. And it was the South Pole Expedition that showed us that.

It also showed us that clear goals and transparency are beneficial. That celebrating our own and each other’s successes is important. And that together we’re stronger than apart.

Our culture is built around getting people to engage in and, most importantly, care for what they do, for it is this positive motivation and drive which spreads like wildfire to others and is the power behind business growth and success.

So, if you ask us if it’s important to focus on company culture and if it is an important driver for business growth, you will get a resounding “yes” from us.

For more best practice tips, please visit us at www.superoffice.com/blog.